On the corner of Frithside Street and Broad Street is something really special. This was originally built as Lewis Chalmers’* town house and office and is thought to have been designed by Aberdeen Architect Archibald Simpson. 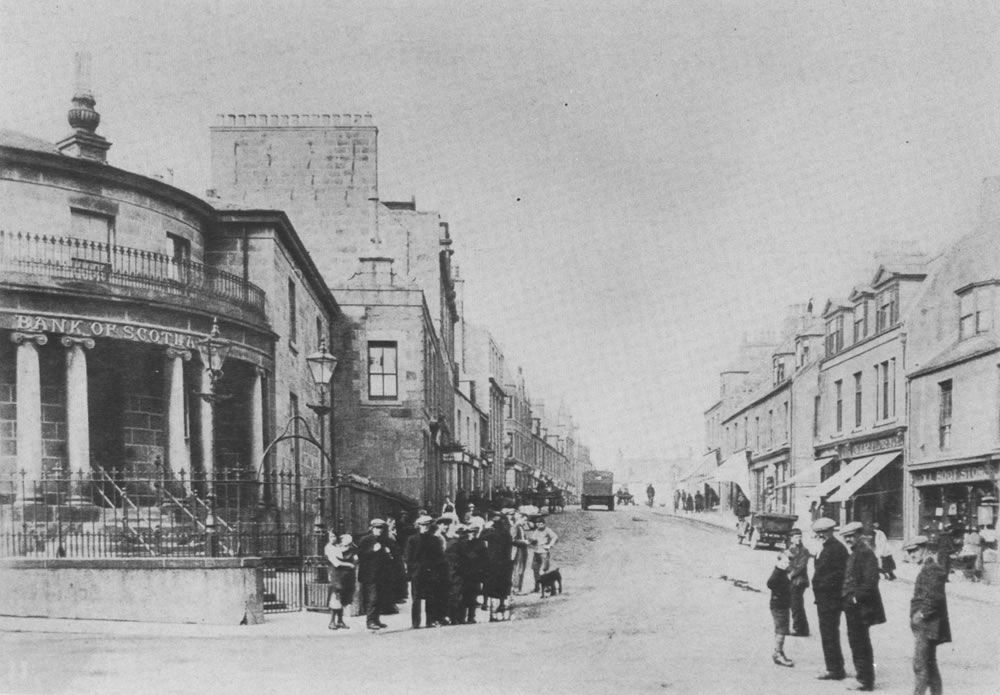 Now best known as the former Bank of Scotland (it changed its function as early as 1835), the house was built around 1820-25 and takes the form of a broad two storey bow set behind by an Ionic* colonnade. It was later named  Anderson House after Sir George Anderson, who was the Treasurer of the Bank of Scotland in the later part of the 19th century, and the building would have seen some lavish receptions and social events over this time.

It’s constructed out of sandstone, which we think might have been quarried locally – there was a quarry at Broadsea.

The main entrance in the bow is approached by steps concealed by a low screen and the colonnade forms a large balcony on the first floor finished by a very elegant cast iron balcony. 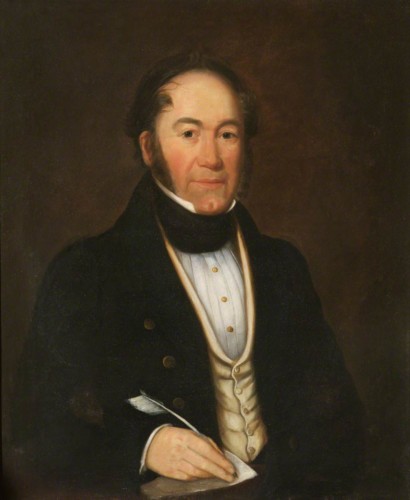 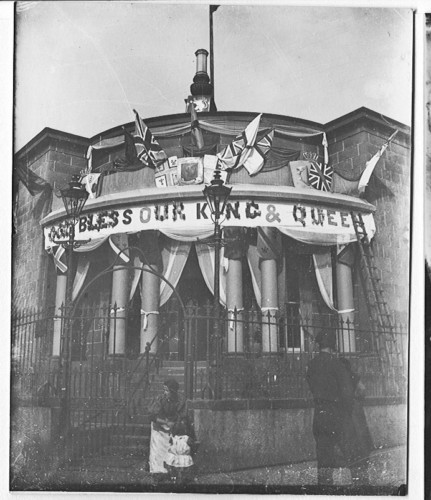 Dressed up for a Coronation 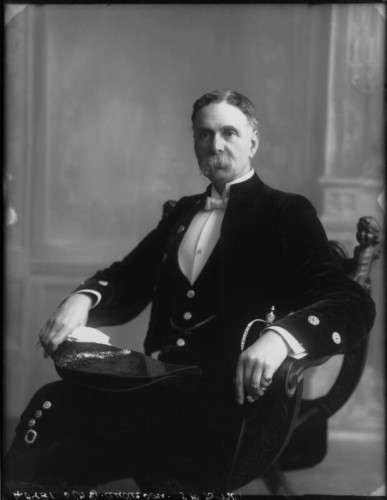 The Grecian Urn perched over the balcony hides a chimneystack. Neat!

This is one of our key buildings – it’s of the finest quality – and category A Listed which means it is of national significance. 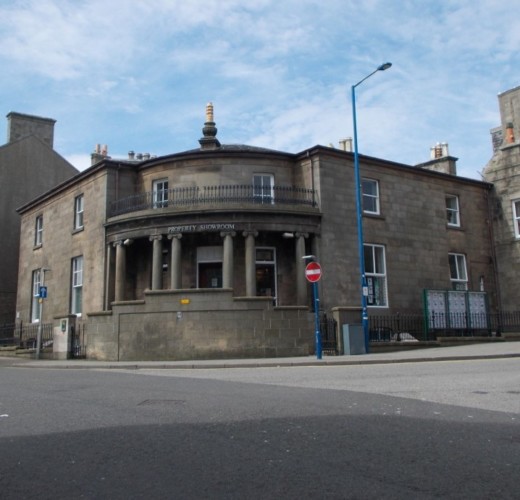 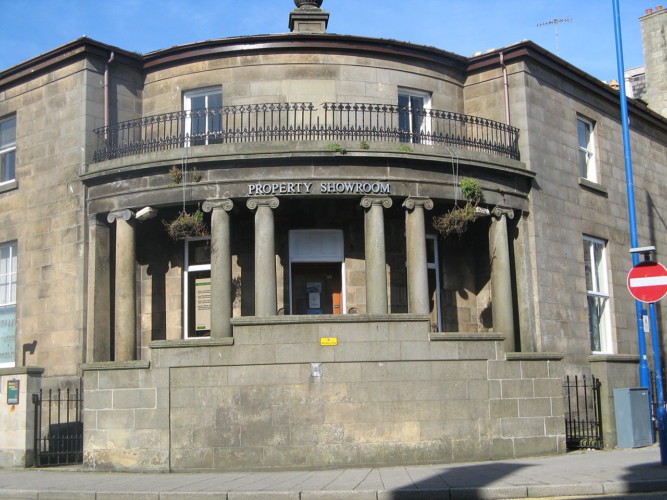 * Baron Baillie Chalmers was a powerful influence in Fraserburgh at this time, as he ran Lord Saltoun’s estate while he was off fighting the peninsular wars and at Waterloo.

(**Ionic describes one of the classical Greek phases of architecture – you can recognise the columns by the scrolls at the top).