There are potentially a lot of structural issues with marble statues on buildings – for example, fixed in place by metal pins, the stone can become stained (and the fixings rust away); water dripping down the wall from faulty gutters can weaken the whole. Compared with making sure that a marble statue doesn’t fall into the street, surface cleaning can be low on the priority list. However, the Faithlie Centre should look good in every respect – so Aberdeenshire Council (with the support of our funders) has made the decision  to restore the statue, and we’re confident it’s the right one. 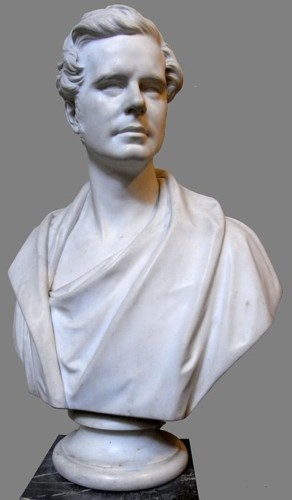 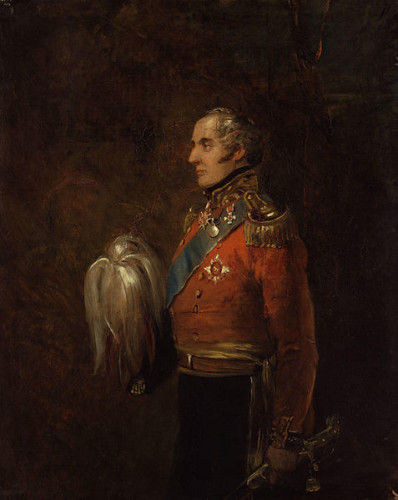 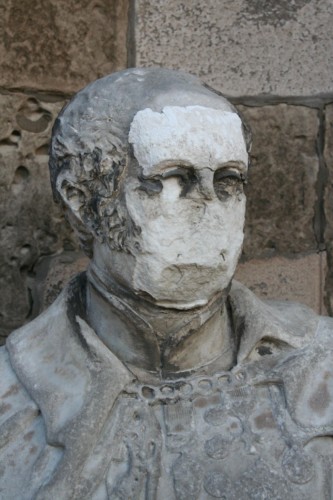 EB Stephens’ workmanship is of the finest – and the material chosen was of the same quality. The statue must have looked wonderful in 1873 when first he was unveiled – a fitting tribute to the great man and the finishing touch to Fraserburgh’s newest civic building.

The sculpture is made of marble from Carrara – the famous quarry in Tuscany where Michelangelo, amongst others, got the stone for his great works. The statue would have been sparking, pristine and crisply detailed in its day, picking up the sunlight to great effect.

Marble is not, however an ideal material to be left outside in the air – particularly in an age when streets and houses were lit by gas, coal and oil and many machines powered in the same way. Within as short a time as ten years, the expensive statue would have been very dingy indeed.

Victorian cleaning techniques could easily make matters worse. 19th century recipes for cleaning marble included the use of lemon juice, caustic soda or even milk – either eating away the surface, or attracting mildew and other contaminants.

Another way of getting rid of the black coating was  to scrub or carve away the surface with a chisel, also taking away the fine detail. Lord Saltoun’s, face, hands and shoes wore away – and were replaced first by resin, fixed by metal pins to the marble.

Eventually a ‘shelter coat’ of lime paint was added – which would have made the surface white again, but took yet more detail away. A second set of repairs was made to the hands and face with lime mortar.

The hero of Waterloo fast became an indistinct shadow of his former self.

The Peer originally also wore a bronze cavalry sabre – and the sword has disappeared too – whether put away for safe-keeping or taken by a souvenir-hunter, we don’t know. Perhaps it’s still out there somewhere…

Finally there is also a story (we don’t know if it’s  true, and would love to have it confirmed!) that in the 1960’s the local fire crew tested a powerful new hose on the statue (possibly attempting to give it another clean) and finally removed the great man’s face.

Quite a challenge for Karolina… “