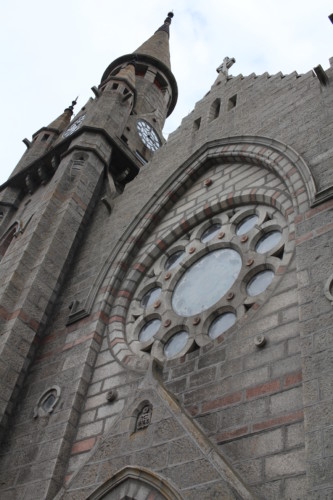 Fraserburgh South Church often appears in photographs as a background to Fraserburgh FC matches, because it overlooks Bellslea Park to the South of the town centre, but there’s a number of very good reasons to look more closely.

In 1878 the Free Church held a competition to design their new church, and Aberdeen architect John Bridgeford Pirie won the commission.

Using a fashionable mix or French gothic and Scottish baronial style, Pirie designed a pink and grey granite façade with a rose window and a soaring spire, which can be seen from a long way off.

The building was opened for worship in October 1880 by the Earl of Kintore. 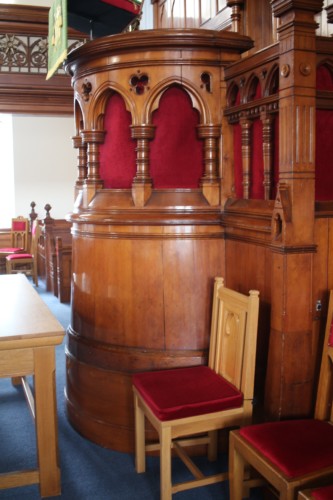 Inside the church, you still can see Pirie’s love of art nouveau – in the pews, pulpit and iron framed gallery front, though the original (pretty wild) orange, blue and gold colour scheme has sadly since been replaced with something a little more Church of Scotland..

The design shows quite a mixture of influences. By this point in the nineteenth century, cast iron had become really important as a building material – and you can see this clearly in the columns and the cast iron flowers on the gallery front, which Pirie put in almost all his buildings.

Also contained within the Church is the 17th Century Moses Stone, thought to be one of the last remnants of Fraserburgh’s short-lived University.

You can attend Fraserburgh South Church any Sunday at 10.15 am. 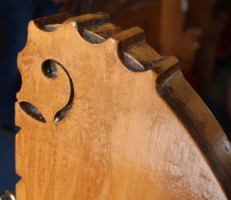 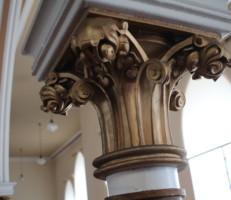 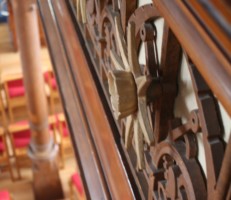 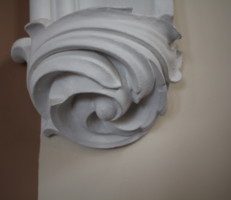