Commerce Street was first created or ‘laid out’ in 1815. When the Glover family arrived in 1836 it would have been one of the most southern streets of the town as you can see on the map below. Fraserburgh’s street layout has changed many time since Alexander Fraser of Philorth laid it out on a ‘Grid Iron’ pattern in the 16th century. This Grid Iron was a very common street layout in classical European cities, but not the North East of Scotland. 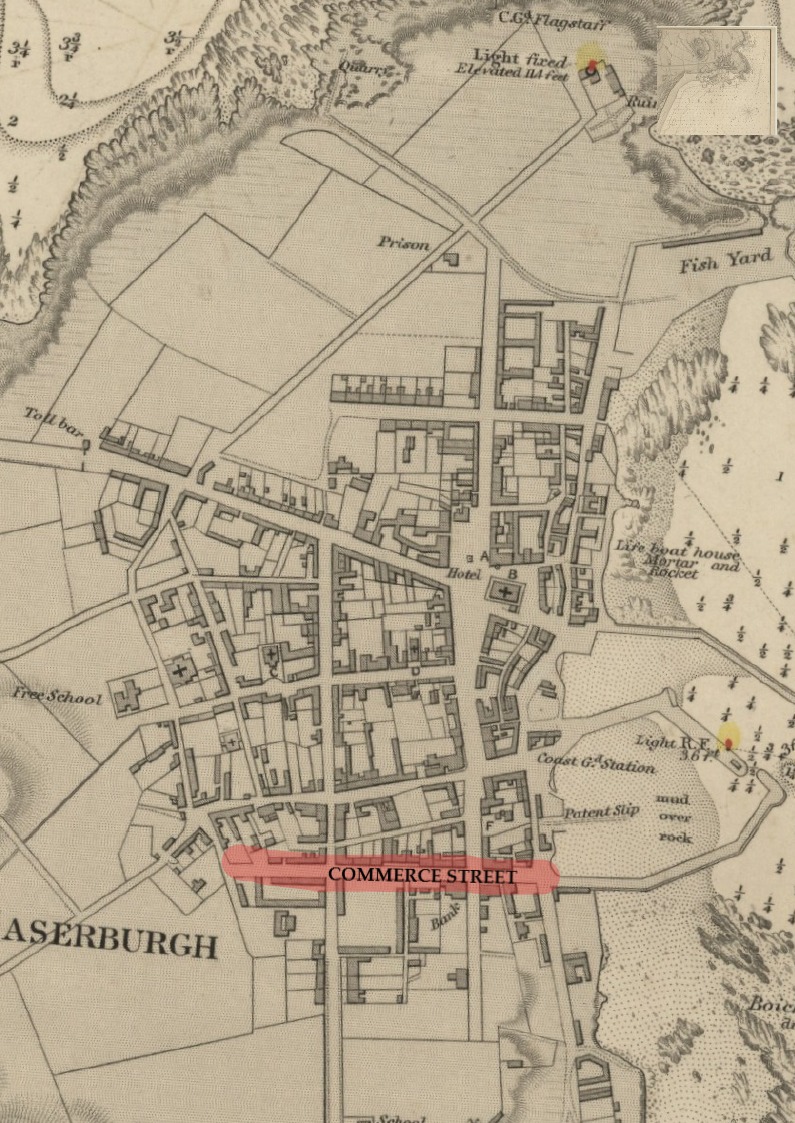 Fraserburgh Town Plan, shown in admiralty chart surveyed around 1844. Reproduced by permission of the National Libraries of Scotland

After the Glovers left for Aberdeen, Fraserburgh continued to expand south of Commerce Street, with a flurry of development triggered by the coming of the railway in the 1860s. You can see how the town had started to develop on the map below. 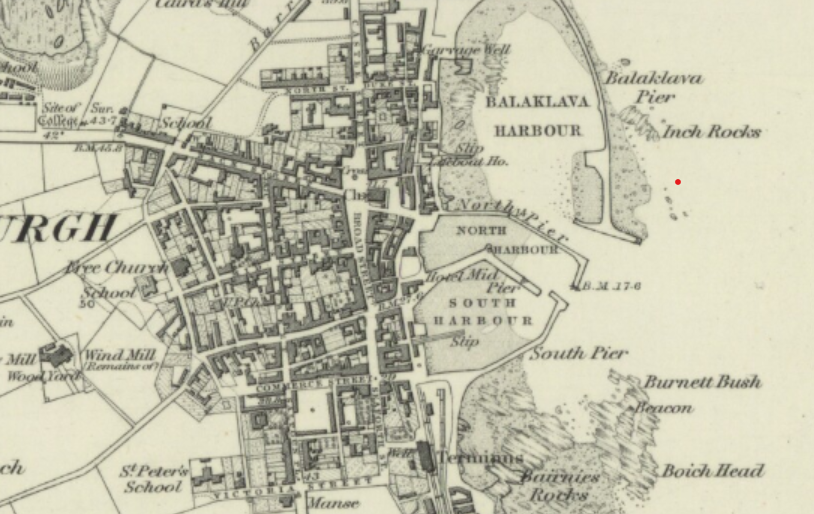 Ordnance Survey Map of Fraserburgh 1869. Image reproduced with permission from the National Libraries of Scotland.

These are the only pictures we have of a building at number 15 and 17 Commerce Street. These photos were taken in the the 1920’s, the doorstep is quite high to stop mud and water from the street flowing into the house . You can see a nicely carved granite moulding surrounding the double entrance, with an arched recess to hold a boot-scraper. From these images it seems clear the property would have been of a certain quality and well built, a bit like those around Saltoun Square today. 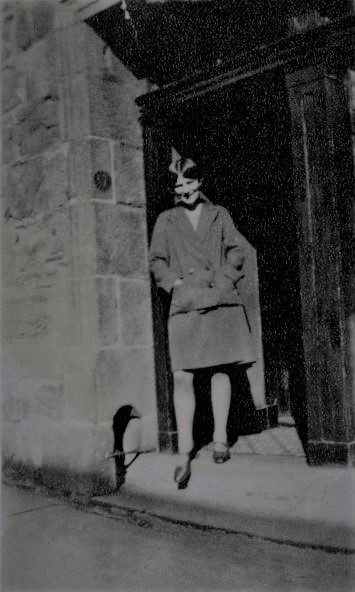 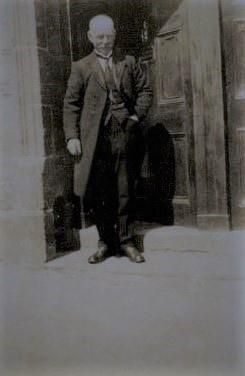