Fraserburgh was a prosperous place and had developed in to an attractive and vibrant town, right up until the First World War. When war broke out in Europe in 1914 the significant loss of life in conjunction with a decline in the herring trade saw a turn in fortunes for the town. 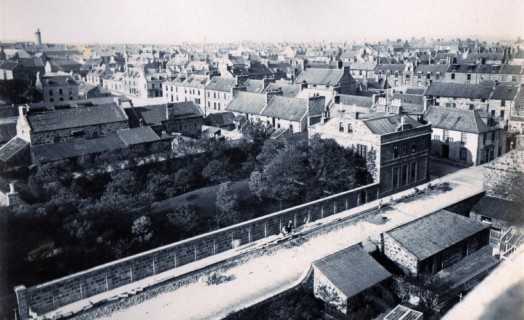 The town went on to suffer greatly in the Second World War. The factories of the Consolidated Pneumatic Tool, as well as passing merchant convoys, were targeted by German bombers between July 1940 and April 1943, during 17 raids, 53 people were killed and over 300 injured.

Extensive damage occurred to buildings in the town, including some along School Street, Castle Street, Commerce Street. The worst single attack was a direct hit on the Commercial Bar on Broad Street, next to the Parish Church (now Iceland) in which 34 people were killed, the Glover family home was one of those destroyed. 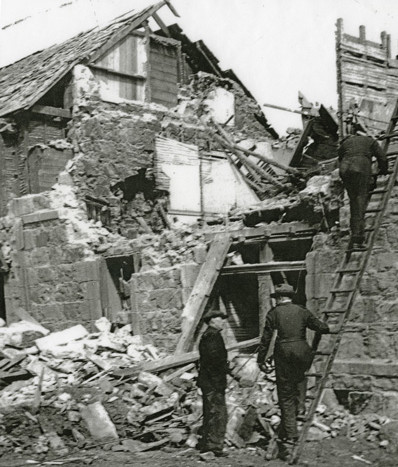 “at 02.18 hrs on Thursday 26th June, 1941 a low level attack was made on Fraserburgh by a single German aeroplane….…two HE bombs believed to be about 500kg were dropped.

Another…. in the garden at rear of house, 17 Commerce Street, demolishing that house and also number 19.

Map – sites hit by bombing raids during the war 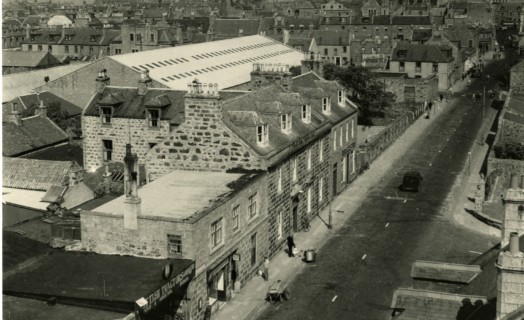